Why don’t we spend our time and energy on financial issues that have the greatest impact? We’ll drive to a more distant gas station to save 10 cents a gallon, but fail to do all the maintenance needed to extend the life of our car. What lies behind this sort of behavior? The savings from getting the best price per gallon is concrete and immediate, while maintaining our car is long term and abstract. It’s simply easier to focus on the 10 cents.

I have a relative who stayed at a $500-a-night luxury hotel in downtown Boston. He emailed me to bring him water when I visited, because the hotel charges $5 per bottle. Yes, the hotel is pushing the envelope with its water bottle charge, but my relative claiming he won’t pay “on principle” seems like a stretch. Such “injustices” occur when we have concrete price expectations, while we happily tolerate other, much higher costs.

Deciding on a college is a huge investment of time and money. Yet as my family dashed from one campus visit to the next, I wondered if we were being good consumers. Were we prioritizing colleges based on which tour guide captured the interest of our daughter? Perhaps we needed to slow down and do more extensive research. When my daughter decided to apply early decision to a nearby university, we suggested she visit the school a second time. She spent a full day talking to students and sitting in on classes, and came back enthused. It proved to be a good fit.

The importance of considering the financial magnitude of a decision became apparent when I went house shopping with a friend. He was moving into town for work and wanted to get settled quickly. As we raced between showings, one desirable property stood out. There was a crowd at the open house and the broker indicated it would move fast. All bids would be accepted by Sunday evening and the winner would be announced the next day. My friend got caught up in the frenzy and wanted to know what bid might be needed “to win it.”

It struck me as amusing that we had spent just 45 minutes looking at the desired house for sale. I asked my friend how much time he would spend looking at a high-priced sweater. He proudly indicated that he was a bargain shopper. My friend added that, if he were going to pay a lot for an item of clothing, it had better be worth it. Yet soon he could be obligated to spend hundreds of thousands of dollars for a house, initiating this decision after spending less than an hour.

This blog originally appeared on HumbleDollar. 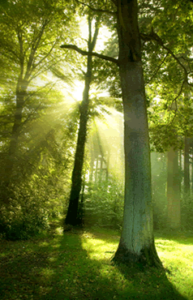